After the incident over a poster of Congresswoman Ilhan Omar in 2019, when Delegate Mike Caputo shoved a door into a Doorkeeper and then shoved an elderly female Delegate, the Democrat House Caucus invited the Council on American Islamic Relations (CAIR) to our Capitol. Why would they do that? And, who is CAIR?

According to a letter written by Delegate Ken Hicks and signed by most of the Democrat Delegates, their reason why they signed the letter was because the Democrat Caucus felt that the poster’s contents condemning Congresswoman Omar were “inappropriate, derogatory and insulting.” 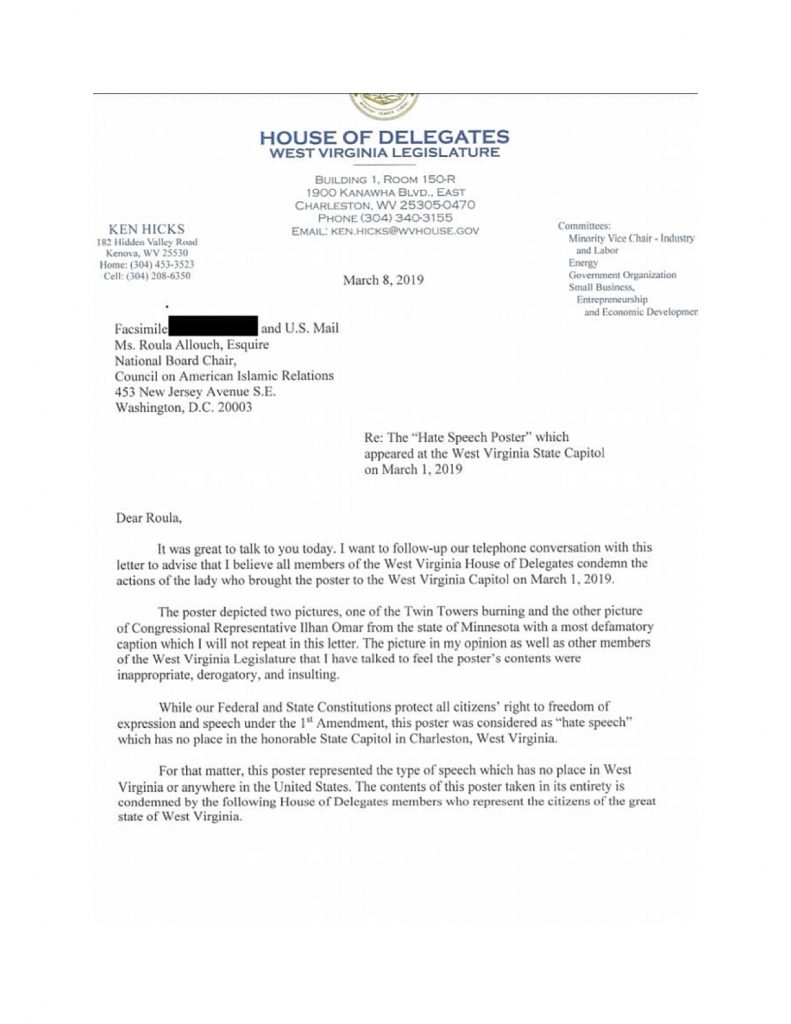 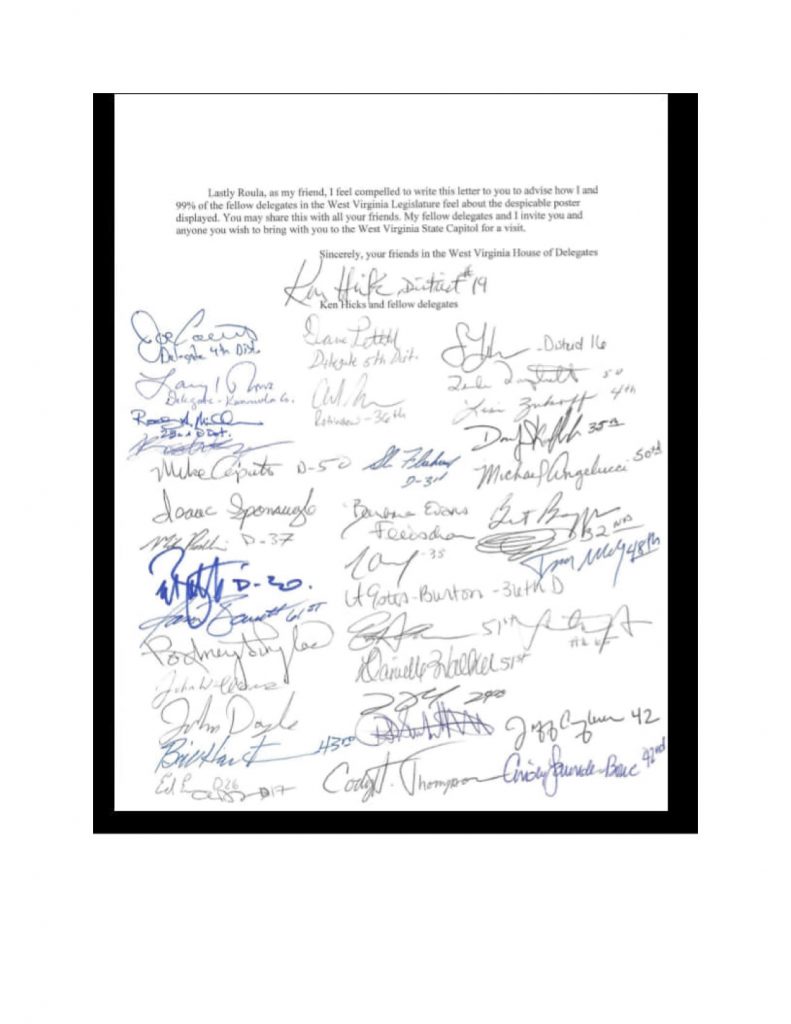 Here is a list of the Delegates who are running again for the legislature and who signed the letter:

However, contrary to the letter written by Delegate Hicks, some people seem to believe that it’s Congresswoman Omar’s statements that are “inappropriate, derogatory and insulting.” This was evident at a Trump Rally in 2019.

Yet, the answer to who is CAIR, is more complexed. In an article written by columnist Michelle Malkin in March of 2019 and entitled Never Forget: CAIR’s Dirty Deeds, she brings into question their integrity and refers to them as a militant group. Here are some of the accusations she makes against them:

You can find out more about CAIR at the Anti-CAIR website: https://www.anti-cair-net.org/. CAIR brought a libel suit against Andrew Whitehead, the creator of this website claiming false statements. However, the statements were evidently true because the defamation lawsuit was dismissed.

So, if all these accusations are true and CAIR is a terrorist organization, why would you write such an organization, let alone invite them to your State Capitol?

Members of Delegate Hicks’ own party from his home county condemned his actions by starting a petition to censure him. The petition stated the following:

We, the patriotic citizens of Wayne County, WV, believe there is no place for the type of action committed by Ken Hicks in his invitation for CAIR to visit our Capitol. Furthermore, we believe no political party should tolerate this type of behavior. For our political system to work, we need both major parties to hold their politicians accountable. Both parties should be representing the values of Wayne Countians. Therefore, we insist that the official representation of the Democratic Party in Wayne County, the Wayne County Democratic Executive Committee, officially and publicly censure Mr. Ken Hicks for his egregious error in judgment–an error that ignores Wayne County values and promotes the Islamic agenda in our state to our detriment. 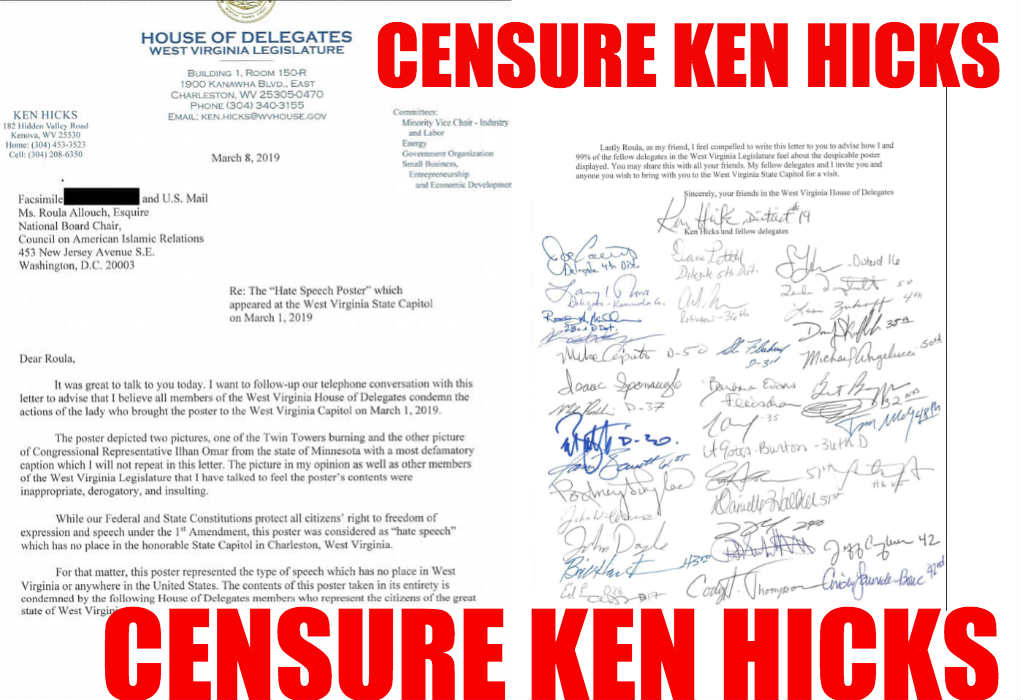