Why is West Virginia turning Red? Probably because of changes in the Democratic party on a national level. West Virginia’s Democrats had traditionally been pro-Second Amendment, religious, pro-life, conservative on the environment and on issues of diversity. However, the demographics in the West Virginia Democrat party is changing along with the national party. Many traditional Democrats are finding that many of their “values” align more with the GOP. That is why there’s an exodus from the Democrat party. Both Republicans and Independents are growing in numbers and Democrats are losing members.

So, does your current only incumbent Democrat Delegate represent your values? Or is he part of the liberal left who have taken over the Democrat party on the national level?

Is Michael Angelucci a very far-left liberal and does he make no bones about it? Does his voting record prove it? What about his Facebook posts and Tweets? What do they say about his beliefs? Do they represent yours? You decide.

Does Delegate Angelucci want to take away your Second Amendment Rights? As the Director of the Marion County Emergency Squad, he was one of only eight Delegates who voted against his own employees’ Second Amendment right to carry a firearm in 2019 (HB2720 – Roll Call 137). In 2020, he voted against prohibiting municipalities from limiting a person’s Second Amendment Right. (SB96 – Roll Call 438) In a Facebook post called “And the NRA remains silent!” and dated December 16, 2012, he said, “I’m most definitely supportive of stricter gun control.” 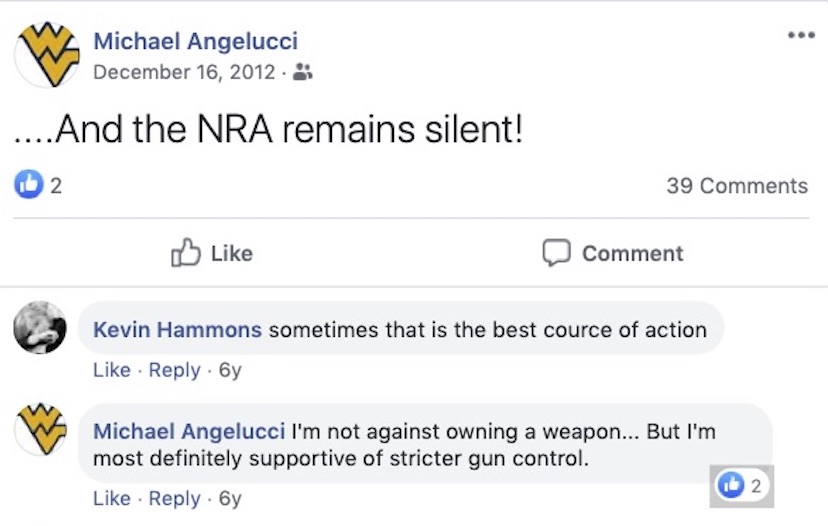 He also got a “D” rating from the National Rifle Association and a “F” rating from the West Virginia Civil Defense League. In addition, Delegate Angelucci is a big supporter of Joe Biden who wants to impose stricter regulations on guns.

Does Delegate Angelucci believe in protecting your privacy? After the 2020 Session, the West Virginia Gazette Mail in an editorial called SB16 a “win for privacy.” Yet he voted against that bill, which was called “Our Right to Unite Act” (SB16 – Roll Call 166).

Does Delegate Angelucci thinks it okay to let biological boys compete in girls’ sports? In 2020, he co-sponsored HB2741 and voted in favor to discharge it. If successful, this bill would add sexual orientation and gender identity to the Human Rights Act. These types of laws are called SOGI laws and many believe that they allow boys who identify as a female to compete in girls’ sports and have access to girls’ locker rooms and restrooms. Proponents argue they don’t but that’s not what is happening across the country to states that pass such laws. That’s why there have been organizations such as the “American Principle Project” created to combat these kinds of laws. In 2019, he voted in favor to discharge HB2733, which also would’ve added sexual orientation and gender identity to the Human Rights Act. He also Co-sponsored HB4160, which prohibits parents from putting their children into conversion therapy, which essentially could infringe on their religious freedoms and tell parents what they can and cannot do in raising their children.

Does Delegate Angelucci care about First Responders? (By the way, he’s the Director of the Marion County Rescue Squad.) In 2020, Delegate Angelucci voted against a bill that protected fire departments and emergency medical services from nuisance lawsuits (HB4039, RC 251). Also, in 2020, he voted against SB797 (Roll Call 674), which increased police protection for hospitals and could add more police protection for communities surrounding hospitals with mutual aid agreements. And again, as previously noted, he voted against HB2720 in 2019, the First Responders’ right to carry a firearm (Roll Call 137).

Is Delegate Angelucci against improvements in Road Maintenance. In 2019, he voted against HB2011 (Roll Call 307), a bill that created the Road Maintenance Program for each district to contract with private contractors to perform certain road maintenance activities. This bill helps to improve secondary roads in Marion County.

Does Delegate Angelucci wants taxpayers to pay more? He supports Joe Biden, who has said “your taxes are going to be raised, not cut.” In 2020, he voted against SB530, a bill to lower taxes on aircraft parts to help a struggling West Virginia industry and save jobs (Roll Call 568). Delegate Angelucci also voted to increase your electric utility bill in 2020 by supporting SB583 (Roll Call 456).

Is Delegate Angelucci a big supporter of Joe Biden? He showed that he believes Biden is the clear choice by retweeting tweets from the Lincoln Project, which is an Anti-Trump organization that’s made up of Never-Trumpers. 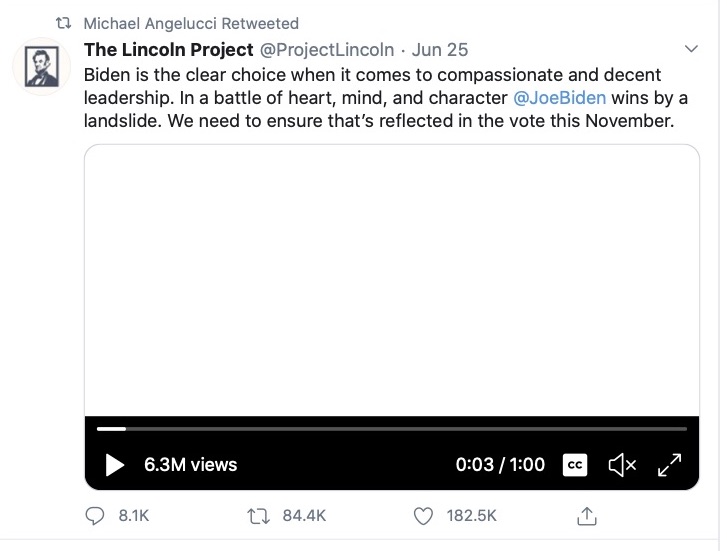 Does Delegate Angelucci despise President Trump and his supporters? He tweeted “January can’t come soon enough,” which was later removed. He implied in a Tweet that Trump supporters were “Deplorables” by condemning a tweet by Mike Huckabee. He said in a Tweet that the Trump administration was “complete mismanagement and politics” when commenting on a post by Lindsey Graham. Referring to Trump’s rally in Tulsa, he said in a Facebook post, “I have never seen such an unpresidential speech in all of my life. This is embarrassing to our nation.” In a Facebook post prior to being elected to the House, he posted all kinds of things that were anti-Trump and anti-Trump supporters. 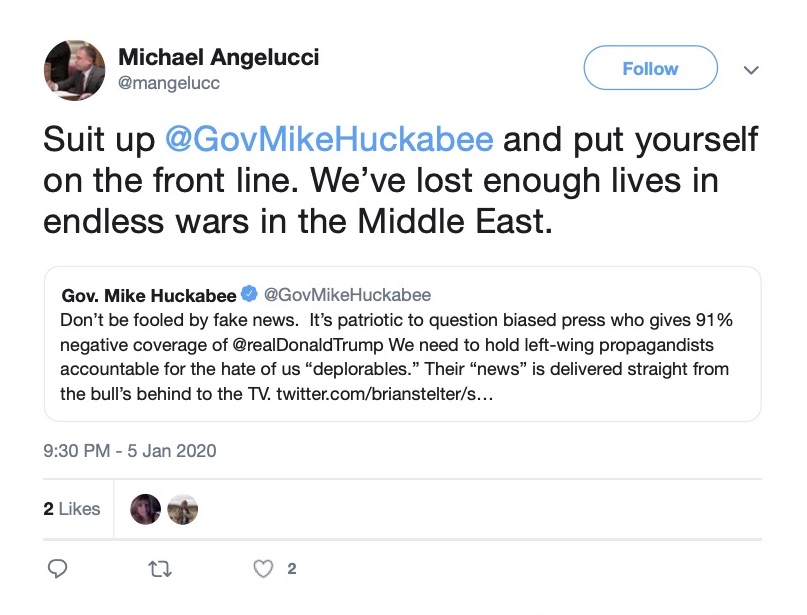 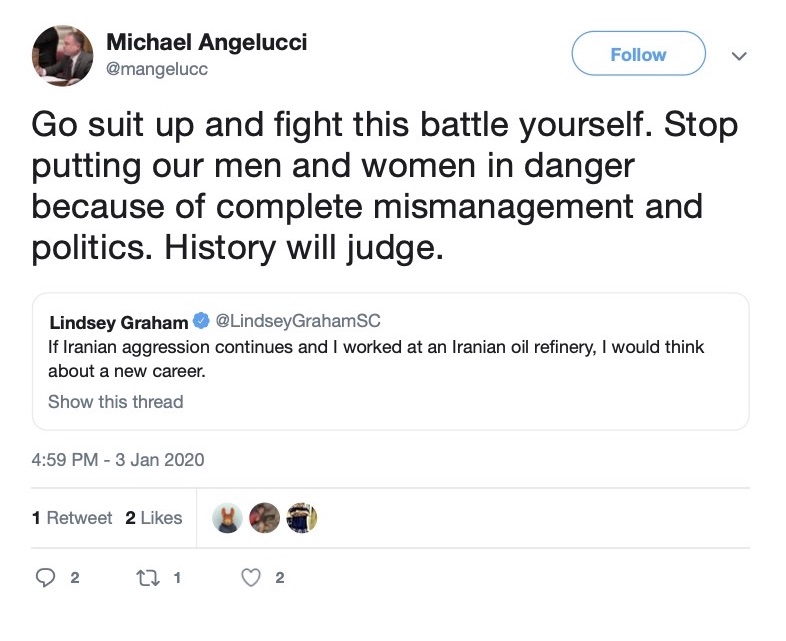 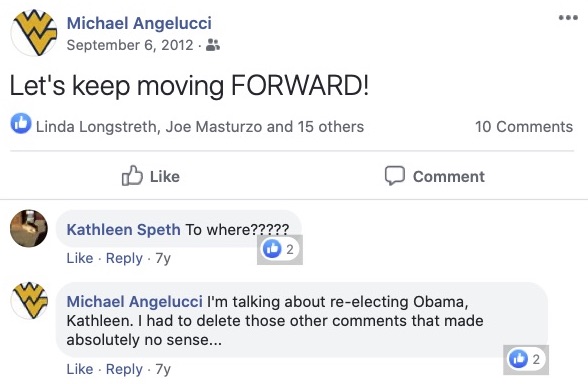 He made a big fuss in the Capitol rotunda over a poster of Congresswoman Ilhan Omar and on the floor of the House. But was the Poster that caused the ruckus anti-Muslim or was it against Omar herself? You decide. Either way, was it worth injuring an innocent person over it and causing so much ruckus? 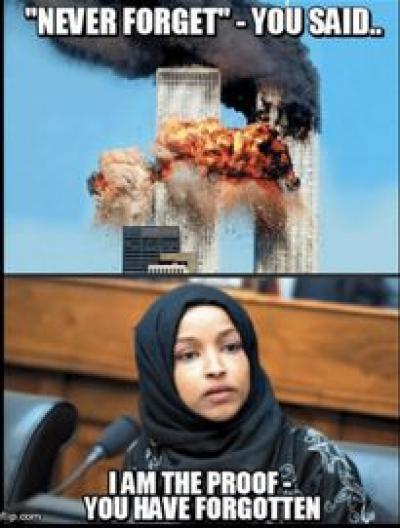 Is this photo anti-Muslim or is it ridiculing Congresswoman Omar?

Are Delegates Angelucci and Caputo an embarrassment to Marion County? You decide. This is just one image that went viral on Facebook: 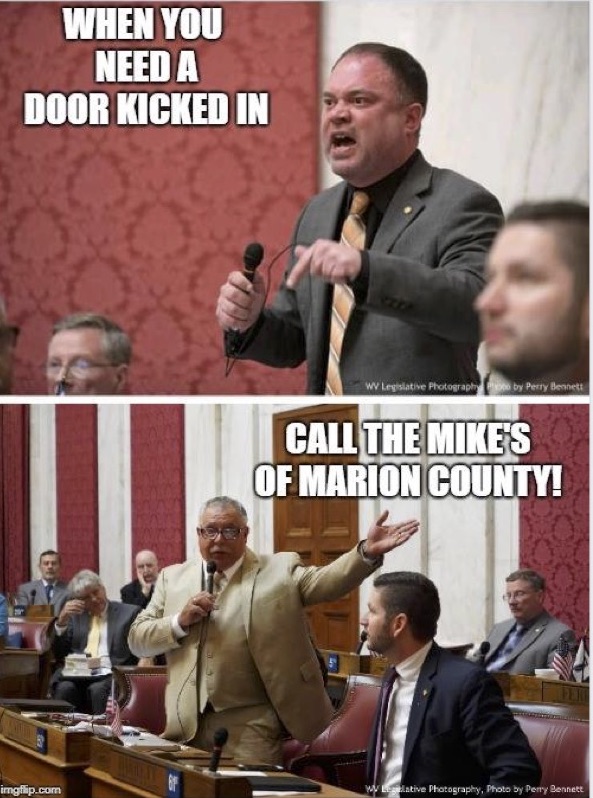 Delegate Angelucci is endorsed by JOULPAC. Is he proud of it? He retweeted a JOULPAC tweet on June 6, 2020. JOULPAC is a liberal Political action Committee who supports John Biden. 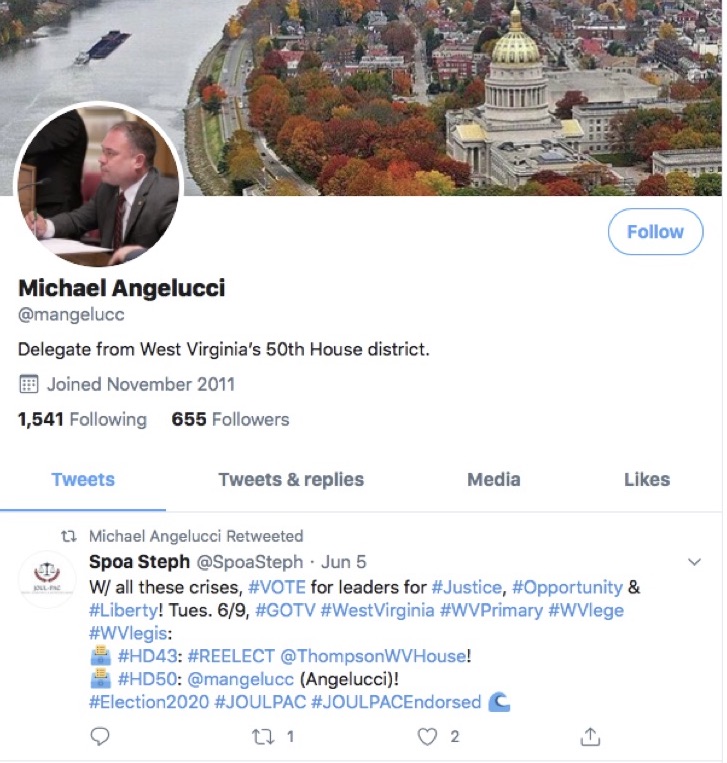 Is Delegate Angelucci biased against family, conservative and patriotic principles? Based on a post he retweeted by Shawn Fluharty on tweeter who referred to Ohio Representative Candice Keller as bigoted and narrow minded because of her viewpoints, Angelucci did not distinguish which parts of her tweet he opposed. So, one would have to surmise that he evidently opposes:

Based on the same Tweet, these are some of the things he evidently supports: 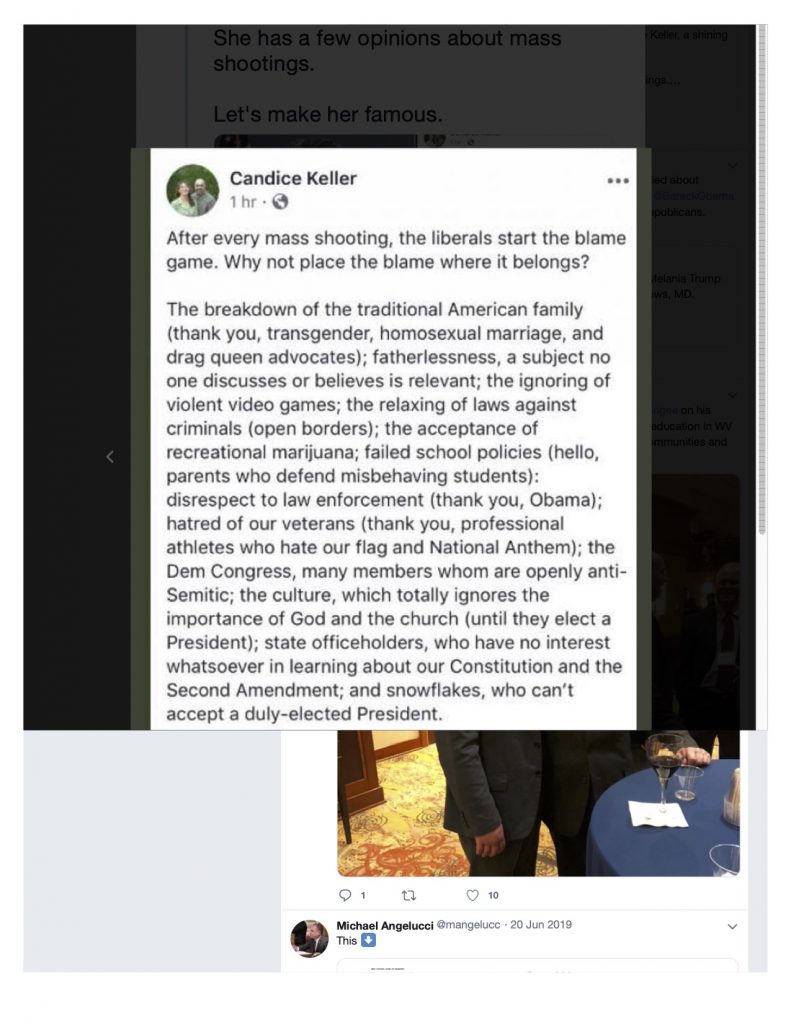 Does Delegate Angelucci represent your interest? Does he represent the interest of the majority of voters in his District? You decide.